Schools against homophobia and transphobia

Efforts to combat homophobia (homophobic and transphobic bullying) in schools benefit everyone.

The School for diversity – school against homophobia campaign has been actively promoting acceptance for diverse lifestyles since 2008 by supporting schools in their efforts to combat discrimination against students and teachers.

The situation at the beginning of the program

LGBT individuals often remain closeted at school out of fear of being mistreated or marginalized. According to a study by Humboldt University in Berlin in 2012, some 40 to 60 percent of sixth grade students still engage in name-calling, using derogatory terms as insults (such as “schwule Sau” and “alte Lesbe”). An EU commission reported in 2013:

“Homo- and transphobia is one of the biggest problems at German schools. Seventy-three percent of LGBT students have never spoken openly about their sexual orientation at school. Sixty-four percent have heard derogatory comments about their classmates who are perceived to be LGBT.” (ECRI 2013, p. 37) A study from Bielefeld on the topic of group-focused hostility in North Rhine-Westphalia shows that homophobia has in fact increased slightly among young people, even as it has declined among older age groups. For these reasons, most LGBT students think it’s better not to come out at school. The same is true for homosexual teachers, most of whom also remain “invisible.”

The existence of LGBT in society is also not reflected in lesson plans and textbooks (Bittner 2011). Sexual and social diversity is generally not a subject of instruction at German schools, nor is it part of teacher training. Moreover, teachers in training and social workers at school are generally neither required nor expected to participate in courses dealing with the topic as part of their pedagogical curriculum at German universities. As a result, teachers lack the necessary skills for dealing with homophobic and transphobic incidents. They are also unclear about how to prevent discriminatory attitudes. Due to this lack of training, many educators take the default view that homosexuality, and indeed sexuality in general, should not be mentioned at school. This is another way teachers contribute to the “invisibility” of LGBT.

Although this is the reality at many schools, teachers in fact have a legal duty to fulfill the law governing educational institutions in North Rhine-Westphalia – as well as the constitution and the Equal Treatment Act. Current requirements call for all teachers (and not only biology instructors) to be aware of the guidelines regarding sex education. Recent trends and commitments in the area of “inclusion” and the growing diversity of the student body are resulting in increasing awareness of these aspects by more and more teachers. A first step toward greater acceptance is the removal of taboos that prevent open discussion of the topic; the next step involves creating a climate of openness and respect at school. The School for Diversity anti-discrimination project supports teachers in these efforts.

“Come in”: The project approach

In addition to its general public relations efforts, School for Diversity guides schools along the pathway toward greater acceptance of sexual and social diversity, provides support for campaigns against homophobia and transphobia, and helps find ways to approach the topic of homosexuality in class.

Since its founding in 2008, School for Diversity has been conducting presentations and workshops throughout North Rhine-Westphalia showing how all members of the school community can take an active part in increasing LGBT acceptance and combatting homophobia and transphobia. Through its collaboration with the state education ministry established in 2012, the NRW consulting center advises schools and suggests ways to deal with the topic of homosexuality in the classroom. In the area of continuing education and teacher training, School for Diversity also consults with educational institutions and disseminators, and the project maintains a website containing information and teaching materials for educators, social workers, school administrators and parents. The school project is working recruit “open schools” that take a stand against discrimination and for more acceptance of lesbians, gay men, bisexuals and trans* folk. These project schools display a special “Come in” sign and act as role models for other schools, but make no claim to have done away with discrimination altogether, for example on the basis of ethnic origins, sexual or gender identity, gender or handicaps. Rather, they strive to deal with the deeply rooted problem of discrimination in a conscious and sustainable way. This approach is an important aspect of the project’s effort to promote respectful.

Obligations for schools that participate

School for Diversity thrives on participation. The initial impulse might come from individual students, parents or teachers. To become a model school, the school council must take a formal decision and declare in writing that it wishes to become a School for Diversity and accepts the quality standards set for project schools. One important element is the displaying of the “Come in – we are open” sign, which even today represents an obstacle for many schools, where the administration, teachers and parents must be persuaded to take part. Project schools also commit to conducting seminars for teachers and students on the topic of homophobic and transphobic bullying, and are required to take part in subsequent network meetings.

In addition to the general need to increase awareness of the project, it has already become clear that schools entering the process of being considered “project schools” need intensive consulting and support. One of the reasons many schools decide against participating is reticence for the school to take on yet another project of any kind. In individual conversations, many colleagues express concern that “their pupils” are not suited for topics within the context of sexual identity. They fear serious (additional) problems in classrooms and disruption of normal school operations. On the other extreme, some administrators insist the campaign is not necessary because homophobia is “not a problem” at their schools.

These arguments demonstrate how important it is to stress that participation as a project school is a way to promote an environment that is sensitive to discrimination and open to diversity, and that such an environment helps all students learn more successfully. An open, respectful atmosphere also improves relations among teachers and administrators. All in all, School for Diversity helps implement a modern, open learning environment that is better for all concerned.

At many schools, the discussion about homophobia and transphobia has led to other, additional activities on the topic, regardless of whether the school decides to officially become a project school or not. The most popular of these are special project days and four-hour workshops conducted by young members of the LGBT community. Other examples also include:

The NRW consulting center operated by School for Diversity also supervises and conducts seminars with a special emphasis on training the teachers of tomorrow. Because the demands society places on teachers have increased tremendously in recent years, this must also be reflected in the pedagogical training of education students as well as in the state teaching examinations. Teacher trainers have been given an overview on dealing with sexual diversity and anti-discrimination” in the school environment. The next step comprised workshops raising awareness of the need to promote acceptance among future teachers on all levels, including high school (Gymnasium/Gesamtschule), vocational schools and elementary schools. Participation in these workshops was required for all future teachers, with a view toward the proper, interdisciplinary implementation of sex education guidelines. In the future, each class of graduates from the seminar venue in Hagen will be familiar with the School for Diversity project and will be trained in dealing with (sexual) diversity. Regularly scheduled seminars and additional workshops, e.g. inclusion of people with handicaps and cultural diversity, will contribute to the theme of diversity and undergird the development and identity of the consulting center. The experience gained in the model project in Hagen will in turn be included in the state-wide implementation plan prepared by the NRW “office for equal opportunity and acceptance of sexual and social diversity – against homophobia and transphobia” throughout the education community, including other teacher-training institutions. 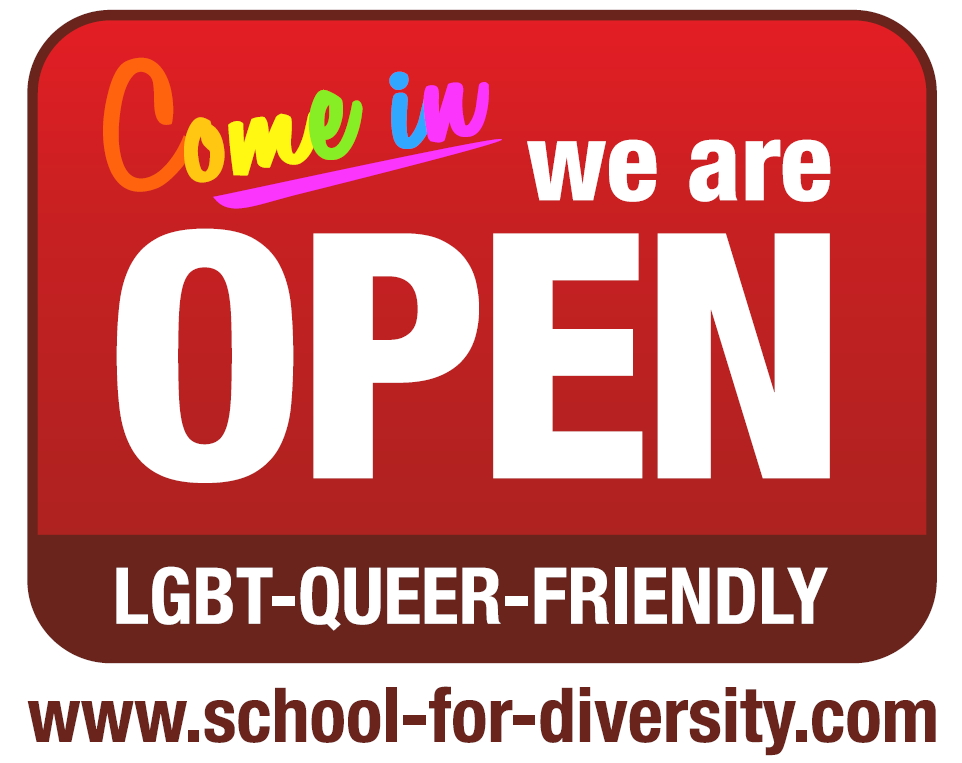 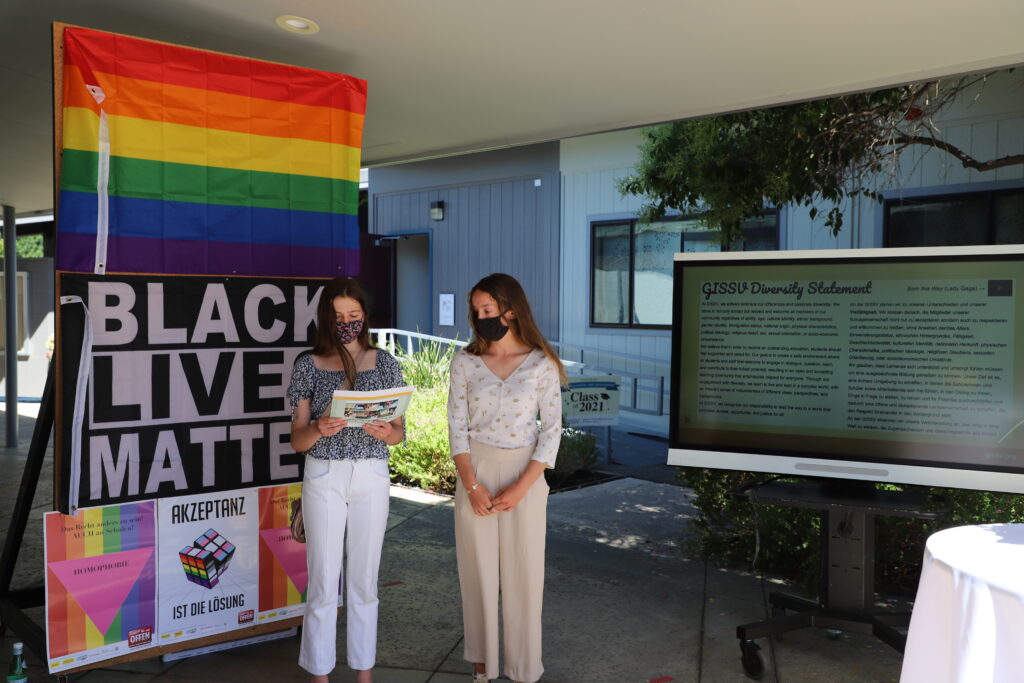